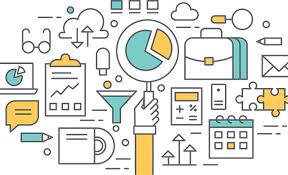 Changes, updates and things to know for September 2018

There has been a huge reform in regards to the education requirements of existing and new accountants and financial advisers who provide financial advice. Under the new laws set by the Financial Standards and Ethics Authority:

Understandably, many members of Chartered Accountants Australia and New Zealand are concerned that these requirements fail to recognise the extensive qualifications and experience they already have. FASEA estimated that this reform will equate to about a year of study if taken part-time.

The labour party has introduced a plan to boost the superannuation guarantee payments for women whilst on paid parental leave. Pledging $400 million to help pay super during paid parental leave and to phase out the eligibility threshold, labour is now focused on making the move to bridging the super gender gap at retirement.

Women on average are living longer than men, and also tend to bear the load of caring responsibilities especially in the way of having children – as a consequence they are experiencing more broken working patterns. This is largely contributing to us seeing women retire with 47% less superannuation than their male counterparts.

“Introducing super on paid parental leave and removing the $450 monthly earning threshold are two key planks of the Women in Super ‘Make Super Fair’ campaign and key recommendations of the Senate Inquiry into Economic Security for Women in Retirement,” said Women in Super Chair Cate Wood in a statement.

This announcement is a great start to shining some light on the gender barriers we are still dealing with to this day.

You’ve been warned – the ATO is locking it horns on identifying taxpayers who leave out certain payments and foreign income streams, as new reporting standards kick in this month. The tax office said it will strive to recover an annual shortfall of nearly $1.4 billion caused by individuals who leave income out of their tax returns, as part of its broader plan to recoup the $8.7 billion individual tax gap it revealed earlier this year.

Foreign income streams will be scrutinised, with AUSTRAC data showing that taxpayers commonly receive foreign funds from countries including the UK, USA, China, Switzerland, Hong Kong, New Zealand and Singapore. The new Common Reporting Standard is seeing the first lot of data being exchanged with over 100 foreign tax authorities.

The target is also on taxpayers who leave out the following income streams:

The penalties can range from 25% – 75% of the shortfall, in addition to paying the money owed. It is suggested that accountants should revisit questions around foreign income streams with their clients to specifically ask if they do have any sources of income offshore, any investments offshore.

Legislation has finally passed to further extend the threshold for the $20,000 instant asset write-off for a further 12 months to 30 June 2019. This is after it’s announcement in the May Federal Budget, and comes three months later than the announcement to extend for FY18 last year.

This simplified depreciation method for small businesses with an annual turn over of less than $10 million, is widely supported by stakeholders and helps small businesses balance cash flow and investment. This extension has passed with no opposition and it is hoped that it will continue on into the future!

The ATO is looking to ramp up it’s educational campaign to help tax agents during tax time who are under intense pressure and are error-prone. Over 8,000 tax agents will be visited per year over the next four years, as it aims to identify stressors that may be causing errors when lodging clients tax returns – which is ultimately contributing to the $8.7 billion individuals tax gap.

Agents are classified into three main groups by the ATO, 1) those who are ‘examples of the profession’ and have the right processes in place, 2) agents who are making ‘avoidable mistakes’, and 3) a small number of 500 tax agents who fail to go by the law.

This project will see the ATO doing a lot of work with that group of agents that are trying to do that right things but at times are indicating they are having trouble with minor mistakes. The question of why are agents making these mistakes has been a big discussion point, with some suggesting it is due to: clients becoming increasing discriminating in terms of fees, resulting in more shopping around; not having qualified staff to help; and generally just due to the sheer
complexity of our taxation legislation.

It is time to start levelling the playing field and make the industry a streamlined one. Clients are being lost because one accountant won’t claim a non-deductible expense and the other will. There are so many good agents out there that do the right thing and are being penalised by the public.

ATO to up work-from-home focus this tax time

The ATO is setting its sights on another section of your tax return – home office expenses. The ATO have said that there is mounting evidence that many taxpayers don’t know what they can and cannot claim. In particular, they are seeing some taxpayers claiming expenses they never paid for, expenses their employer reimbursed, private expenses and expenses with no supporting records.

ATO Assistant Commissioner Kath Anderson said a record $7.9 billion in deductions for ‘other work-related expenses’ were claimed by 6.7 million taxpayers last year, with the tax office noticing a rise in expenses related to working from home.

If working from home means sitting in front of the TV sending off some emails, it’s unlikely that you are incurring any additional expenses with regards to a home office. However, if you have a separate work area, from which you work a certain number of hours a week from, then you can claim the work-related portion of running expenses for that space.

It is important to note that home office expenses claimed should be able to be substantiated – your employer must verify that you are required to work from home for a certain number of hours per week and the calculation for the deduction must be reasonable. If you don’t know whether its deductible just ask! It’s what we are here for.

Posted by Initiative Team on Friday, September 28th, 2018 in News