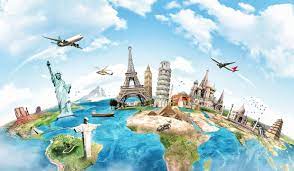 As part of the Government’s plan to attract global business and talent, and reduce the costs of compliance, the Australian government announced it will replace and modernise the tax rules for determining individual tax residency.

The new rules appear to result in more individuals being considered Australian residents than under current provisions.

This first test would apply to all individuals. When an individual spends 183 days or more in Australia in an income tax year, they would be considered as an Australian tax resident.

An individual not in Australia for 183 days or more in an income tax year may still be considered a resident under secondary tests. These tests include a consideration of additional factors to determine whether and when an individual commences or ceases residency. This is ultimately dependent on whether the individual was a resident in the previous income tax year.

An individual who has previously been a resident of Australia and moves overseas for employment will cease to be a resident under the proposed ‘overseas employment rule’ if they:

Robin is currently based in Brisbane and will depart Australia to commence a three-year overseas assignment to Hong Kong on 31 January 2023. Robin’s non-working spouse and children will accompany Robin. Their family home in Australia will be rented for the duration of the three year assignment.

Under the new rules, Robin would become a non-resident from 1 February 2023. Even though he is in Australia for more than 183 days during the income tax year. This is based on the application of the  ‘overseas employment rule’.

However, Robin’s spouse would remain a resident of Australia for the full 30 June 2023 year as the ‘overseas employment rule’ would not apply.

If Robin returns to Australia for 45 days or more in any income tax year, then he will no longer satisfy the ‘overseas employment rule’ and would be an Australian resident (note, if Robin was on assignment to a country where Australia has a Double Tax Agreement, the provisions of that Agreement would need to be considered).

If an individual was not a resident of Australia in the previous year, they will be considered to become a resident under the secondary tests if they spend more than 45 days in Australia and meet two or more of the following Factor Tests:

Under the proposed rules, an Australian citizen who spends more than 45 days in Australia and has a property in Australia is likely to be a resident as they meet at least two of the above factors (i.e. a right to reside and economic interests). If they are also a resident of a country which has a double tax agreement with Australia, the provisions of that agreement will need to be considered and may override the above test.

Joanne commences a two-year assignment in Adelaide on 1 March 2023. Joanne is accompanied by her spouse, Louis, and their dependent 16 year old son. Joanne and her family arrive in Australia on a subclass 482 visa. Upon arrival in Australia, Joanne very quickly secures a 12-month lease for long-term accommodation in Australia. She had found this on a prior “look-see” trip to Adelaide between 8 and 15 January 2023.

Joanne would become an Australian tax resident from her first day of presence on 8 January 2023. Joanne spends less than 183 days under 183 day test but more than 45 days under Commencing Residency test and meets more than two factors in the Factor Test (i.e. accommodation in Australia, family moves to Australia and Australian employment).

The new Australian individual tax residency rules are proposed to apply from 1 July 2022 at the earliest, once passed through parliament.

Although there may be some refinement to the proposed rules, employers and their global employees may start considering the impact as, while the new individual residency rules aim to bring certainty, its application may be not as simple in practice.

Posted by Initiative Team on Friday, November 26th, 2021 in News