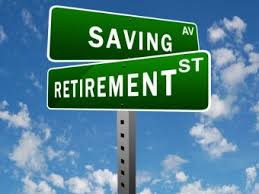 If you’re under 65 and still working you’ve hopefully realised how important it is for you to put away a nest egg for your retirement. With the current population expected to live longer than the previous generation, your super now has to last longer than ever before.

However, for many taxpayers, retirement may still be a long way off. Depending on where you are in your life cycle, super may not be considered as important as say saving for a new home.

We understand that life gets busy and as you move from job to job through your career, you may have had several different super accounts setup for you along the way. However, did you know there’s currently $17.5 billion (yes billion) of unclaimed superannuation just waiting to be found.

The ATO have just released data showing the amount of lost and unclaimed super that’s waiting to be found in postcodes throughout Australia. It shows in Tasmania, someone is missing $220,000 of super. Wouldn’t that make a difference to retirement!

If you look at the attached link, in the Caloundra region (4551 postcode) alone, there’s lost and unclaimed super of $30,644,800. If you’d like to check your suburb click on the below
link.

To check if you’ve lost track of your super, simply log in to your MyGov account and link to the ATO. From there you can see all your superannuation accounts.

Posted by Initiative Team on Friday, November 23rd, 2018 in News