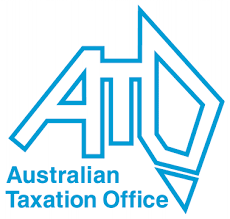 Do you have over $1.6 million per member in your superfund and are over 65? If so then there are new reporting requirements to the ATO for certain events that happen during the year.

As at 1 July 2017 the ATO legislated the new $1.6 million super cap to superfunds that have money in pension mode. If this was you, then you were required to advise the ATO by the 30th of June 2018 how much money you had in pension mode in your superfund (don’t worry, we did this for you).

If you had more than $1.6 million in pension mode, then you had until 31 December 2018 to commute the amount over the cap back to accumulation mode. If you didn’t tell the ATO you commuted this or didn’t commute this then you will receive a transfer balance determination from the ATO advising you how much you need to commute out of your pension account. This amount will generally be the amount you are over the cap plus the tax you should have paid on the money if it was in accumulation mode.

If you receive one of these determinations and wish to lodge a TBAR report with the ATO to advise them you have commuted the funds or to advise the amount they have on record is wrong, this is something we can do for you! If you need this done, please don’t hesitate to give us a call!

Posted by Initiative Team on Friday, October 26th, 2018 in News