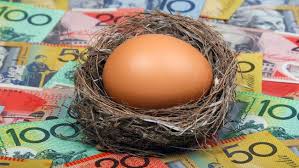 For example, let’s say John is 61 years old and has a superannuation balance of $1.1 million at 30 June 2020. John is able to contribute up to $300,000 in the 2021 financial year as a non concessional contribution. John will be unable to contribute any further non concessional contributions until the 2024 financial year. However, if John was 65 years old in the same scenario as above, the maximum he could contribute would be $100,000 (and he would be required to pass the ‘work test’).

Eligibility for the bring-forward arrangement depends on your:

Under the current legislation you needed to be under 65 years of age to be able to take advantage of the ‘bring forward’ arrangement. You also needed to have a super balance at 30 June 2020 of less than $1.6 million.

Legislation has been before parliament since May 2020 and has only been given royal assent on the 17 June 2021 to allow taxpayers under 67 years old to now access the ‘bring forward’ arrangement. This means individuals aged 65 and 66 who were not previously able to access the bring forward non-concessional contributions cap due to their age may do so, starting in the 2020-21 financial year. The super balance restriction of $1.7 million now applies (from 1 July 2021).

Posted by Initiative Team on Friday, July 2nd, 2021 in News