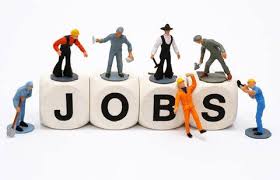 On the 26th May 2020 Scott Morrison unveiled plans for the new “Job Maker” program, as part of his plans to reignite the Australian economy.

The Government will now focus on rebuilding the economy and winning the battle for jobs and will focus heavily on fixing the nation’s flawed skills and training system.

Scott Morrison believes it could take between three to five years to get the economy back up to speed post coronavirus, but has vowed to get it back on track as soon as possible.

Young Australians aren’t being enrolled in courses which will fill the jobs of the future, he argues, citing the complexity of the “clunky”, “unresponsive”, and “fundamentally flawed” vocational education and training (VET) system as a barrier.

While the Commonwealth provides states with $1.5 billion in VET funding every year, Mr Morrison says a lack of oversight causes course prices and quality to vary dramatically across borders.  The federal government will work with state and territory leaders to make sweeping changes, but has not increased funding in the short term.

The “JobMaker” scheme will lean on tradesmen and skilled workers as instrumental figures for leading Australia out of the crisis.

Tax and industrial relations reforms are also on the ‘Job Maker’ agenda, further details of which Mr Morrison said will be revealed in the weeks and months ahead.

Posted by Initiative Team on Thursday, June 4th, 2020 in News