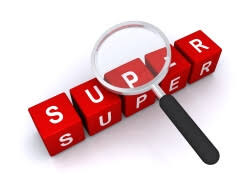 Most of us have Superannuation, whether it be a Self Managed Super Fund (SMSF) or an industry fund.  Super can be confusing, especially all the different Super terminology.  Here’s some Super terms explained.

An account-based pension, allocated pension and annuity are all ways that you can draw down a pension from your superannuation when you retire after age 60.

They are tax effective as you don’t pay tax on the money in your allocated pension. There are mandatory amounts you must withdraw each year in an allocated pension, and if you die before the balance is reached your pension can be paid to your estate.

An annuity is similar but you are paid for an agreed duration and you cannot take out the money later in a lump sum if you change your mind. Paid with super money, an annuity also doesn’t pay tax on earnings. You can purchase these from your super fund or other financial institution.

The main difference between the two is that the allocated pension is paid as long as your money lasts while the annuity is paid for an agreed period, which may be end of life. Of course, the amount you receive from an annuity takes account of the risk the issuer is taking – that is, that you may live a very long life!

This is the person you nominate to receive your superannuation and/or insurance benefit on your death. Your will doesn’t usually cover the super benefit that would be paid when you die.

Your super beneficiary can be completely separate from the rest of your estate plans, or can be part of them.

There are certain restrictions on who can be a beneficiary. They should be a dependent, which can include your current spouse or partner, your children (including step-kids or adopted children) or any other person who is financially dependent on you. The definition of dependence comes into play after death as the purpose of superannuation is to provide for fund members and their dependents, either in retirement or after a member dies. Non-dependent people and adult children who are not financially dependent will have to pay tax on death benefits, while dependents will receive them tax free.

Your super fund money, including your insurance (should you have insurance within your super fund), is not necessarily paid according to your will or estate. With a binding nomination, the trustee of the super fund must pay the death benefits as you have nominated. In the case of a non-binding nomination, the trustee has discretion to pay the entitlement to the estate, direct it towards another person or pay it as you have requested. A binding nomination will not change automatically in case of marriage or divorce, and for that reason it should be reviewed as circumstances change. There are restrictions on who might be a beneficiary.

This refers to the maximum amount of money you can put into superannuation to receive beneficial tax treatment. The concessional cap is $25,000 a year and the non-concessional cap is $100,000. There are special circumstances for small business owners and some others. Check the tax office website or ask your financial adviser or accountant.

Posted by Initiative Team on Friday, February 28th, 2020 in News