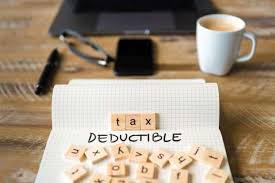 Almost 700,000 taxpayers claimed about $2 billion of “other” expenses last financial year in their tax returns. These included non-allowable items such as a wedding, dental costs, child care, gambling losses, beer and a Lego set, according to the Australian Taxation Office.

Assistant commissioner of the ATO said a recent review of claims had found, and disallowed, the bulk of the “very unusual expenses” claimed. The actual percentage of disallowed claims equated to 88%.

The ATO advised the illegitimate claims were also in the context of an $8.7 billion tax gap for individuals not in business — an estimate of the difference between the total amount of tax that is collected from individual taxpayers and the amount the ATO believes it would have collected from that group if every taxpayer was fully compliant with the law.

Lego gifts not OK, ‘nice smile’ not a work expense

Some of the unusual (and disallowed) claims made under the “other” banner on tax returns, included $4,000 for a wedding.

The ATO have also seen a previous example where a taxpayer tried to claim wedding expenses of approximately $58,000, claiming this was in relation to a work-related overseas conference. The taxpayer fraudulently claimed $33,087 in his return, and $25,259 in his wife’s. This resulted in the taxpayer being prosecuted.

Other weird claims that got rejected included dental costs, private gifts, gambling losses, the costs of a daughter’s first birthday, a phone bill for calling parents, and everyday living expenses such as food, rent and mortgages.

A couple of taxpayers claimed dental expenses, believing a nice smile was essential to finding a job and was therefore deductible. It isn’t and their claims were disallowed.

Another taxpayer claimed the Lego sets they bought as gifts for their children, which was also rejected.

The ATO had also seen claims where people have made statements such as, “the cost of raising a newborn is expensive”. One tried to claim $20,000 for raising twins.

Another taxpayer gave his mother a car and claimed the cost of the car.

Some people also concealed illegitimate expenses within other legitimate claims.

Last year the ATO audited a taxpayer … and found some of the expenses were legitimate items, but others were for the cost of beer,” she said.

They [the taxpayer] probably thought, ‘oh well, they [the ATO] won’t ask for the receipt. Well they did ask for it, and disallowed that claim.

More frequent unusual claims under the “other” label included a range of private expenses such as childcare costs, child support payments, private school fees, health insurance costs and medical expenses, all of which are not allowable.

The ATO have advised the chance of an ATO audit, and penalties for illegitimate claims, would depend on whether the agency believes the taxpayer made a genuine mistake or a deliberate false claim.

ATO delays tax refunds if it sees a ‘red flag’

The ATO understood Australians were eager to get their refunds after lodging their tax returns, but the ATO sometimes need to take time to assess claims that had raised “red flags”.

Posted by Initiative Team on Friday, August 23rd, 2019 in News